What devices have neodymium magnets?

The biggest application of neodymium is to make magnets with excellent performance. This kind of neodymium magnet is called neodymium iron boron magnets (NdFeB magnets), which is the strongest permanent magnet that has been found. This kind of magnet is extremely strong, and two magnets smaller than chalk can pass through the palm of a human being and attract each other. Two small magnet rods that are directly attracted together, it is difficult for ordinary women to separate them directly. Because this magnet is too strong, many players buy this magnet to do various interesting experiments, such as using two magnets to break some common daily necessities, tug of war with super magnets, etc. They will never get tired!

Of course, such a strong magnet is not just for playing, it is widely used in reality. This kind of neodymium permanent magnet can be used as small as the microphone headset, as large as the high-speed rail ship. It can be said that the discovery and application of NdFeB magnet have brought us an exquisite and convenient modern life. 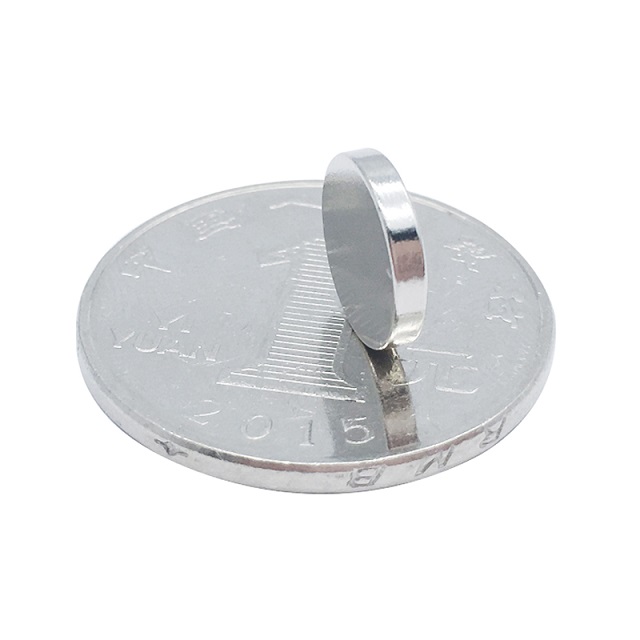 Our computer needs a hard disk. For the hard disk to work normally, a motor must drive the platters to rotate at a high speed. Such a small motor can turn a large disk at 7,200 revolutions per minute. What an amazing ability. To obtain this ability, ordinary magnets cannot be achieved, and neodymium iron boron magnet must be used. Such a high speed is not its limit. Many people who are engaged in scientific research have used high-speed centrifuges. Some centrifuges can reach a speed of 100,000 revolutions per minute. Such a speed can be directly realized by a motor made of neodymium iron boron magnets.

The mobile phones we use all have a vibration function. The motor that exerts the vibration function inside an inch of gold mobile phone must be very small, which requires the magnet to be very strong. Of course, it is the territory of NdFeB. The motor of the car wiper is also very small, but it is very powerful. In addition, some high-end mobile phones are getting stronger and stronger, and the sound quality is getting better and better, but the speakers are very small. Needless to say, you can guess, it is also the effect of neodymium iron boron magnets! In addition, some music stars customized microphones are very expensive, a microphone can be worth hundreds of thousands of two hundred thousand, but not only because of the beautiful shell, but also the sound reception is very good, of course, the NdFeB magnets still play an important role.

If new energy vehicles want to replace petrol vehicles, they must achieve the performance of petrol vehicles. This requires a car's electric motor to be powerful, energy-saving, and fast. At present, NdFeB magnet are still widely used in the field of high-end electric vehicles, bringing extraordinary performance to electric vehicles. For example, the Tesla Roadster only needs 1.9 seconds to accelerate from 100 kilometers, which is an achievement that is difficult for a fuel vehicle to achieve.

In addition to new energy vehicles, when it comes to the name card of China's modern industry, everyone can definitely think of high-speed rail! The speed of high-speed rail is not achieved by the internal combustion engine at all, but by the electric motor, which brings quiet, high-speed and strong power. In addition to high-speed rail, rail vehicles such as high-speed trains and subways are also driven by electric motors. Among them, motors made of neodymium iron boron magnets will occupy a large share in the future. This is not the end. Now ships on the sea are also driven by electric motors. Countries all over the world are developing all-electric ship systems, changing the power of ships to electric motors, internal combustion engines are only used to generate electricity, and even internal combustion engines are replaced by nuclear energy, completely developing environmentally friendly electric ships. This requires the power of the motor to be very strong. At present, the power of the motor made of neodymium iron boron magnets has exceeded one million watts, that is, one motor is equivalent to the power of hundreds of living room air conditioners, or the power of ten family cars. Such a strong driving force will inevitably bring about a dynamic change in the shipping industry in the future.

In 2011, the United States launched the Alpha Magnetic Spectrometer 2 with the last space shuttle to search for antimatter and dark matter. As the space shuttle is about to be decommissioned and the later maintenance of the magnetic spectrometer is difficult, the international cooperative R&D team decided to abandon the superconducting magnet cooled by liquid helium and replace it with the neodymium iron boron permanent magnet produced in China. The magnet has an inner diameter of 1.2 meters and a weight of 2.6 tons. The central magnetic field has a strength of 1370 Gauss. Relatively speaking, the magnetic field on the surface of the earth is about 0.5-0.6 Gauss. Nine years later, this magnetic spectrometer is still working on the International Space Station.

The raw materials of such a strong magnet are mainly from China, and the production is mainly carried out in China. In order to obtain raw materials more conveniently, large companies in Europe and the United States have set up joint venture factories in China to provide the world with powerful and widely used neodymium permanent magnet.

Ningbo Bestway Magnet Co., Ltd is a professional and high-tech company which is committed to research, manufacture and develop of Rare Earth Magnet since 2000 located in Ningbo, China.

We are China magnet manufacturer and manufacture a various of magnets, specialize in: Sintered NdFeB Magnets, and magnetic machineries and assembly. You can also find the magnet solution for Bonded NdFeB Magnets, Alnico Magnets, SmCo Magnets, Ferrite Magnets, Rubber Magnets, Neocube, Magnetic Toys in our factory.